KTPA is a body of registered Tax Practitioners in the state of Kerala. It has been formed in the year 2011. The Association is registered under the Trade Unions Act, 1926. The Registration Number allotted is 07-02 of 2011. Registered Office of the association is situated at CC67/8908(A), Choolackal Buildings, Teresa Lane, Convent Jn., Market Road KOCHI 682011. This Association have more than 2000 members all over the state. All the members are Registered Sales Tax/GST/Income Tax Practitioners of the respective statutes... Become a Member of KTPA - Join Now!

" Be Stronger With Commitment And Updation "

OBJECTS OF THE ASSOCIATION

To achieve the objects of the Association as enumerated above, we undertake the following functions and activities:-

THE ORIGIN OF KTPAAn Over View

Tax Practitioners in Kerala were virtually unorganized before 1987. It was in that year there emerged an organized effort to form an Association for Tax Practitioners. The move was apparently led by an eminent chartered accountant Shri.K N Valsan, Ernakulam, who in those time was running tax study centers named “Nikuti Padana Kendram” at various parts of Kerala for conducting “Income Tax and Sales Tax Practitioners’ Course” for Commerce Graduates. The Commerce Graduates who underwent his course took enrollment as Sales Tax Practitioners under the Kerala General Sales Tax Act, 1963. For the sake of creating a congenial platform for their practice and interaction, he and his team decided and formed an organization called “All Kerala Income Tax & Sales Tax Practitioners’ Association”, based at Ernakulam and obviously Shri.K.N.Valsan became its Founder President. The association took its registration under the Travancore-Cochin Literary and Charitable Societies Registration Act.
Though the Association managed some occasional meetings and arranged a few functions here and there, it didn’t poise any notable growth and its working was somewhat stagnant up to the year 2003. Then from an ardent decision of a few members towards the requirement to tone up the association, they made some homework and organized a state conference at Thuravoor, Alappuzha District on 12th April, 2003. In this meeting members from more districts, like Thiruvanathapuram, Kollam, Alappuzha, Ernakulam, Thrissur, Kozhikode & Kannur, participated. In the meeting Shri.K.N.Valsan re-elected as president and Shri.S.Venugopal from Mavelikara elected as General Secretary. The systematic work of the new team resulted in conducting a full-fledged two day State Conference with a Taxation Seminar on 06th & 07th January, 2006 at Panjajanyam Auditorium, Fort, Thiruvananthapuram. Delegates from almost all the districts attended the conference. Shri.K.N.Valsan & Shri.S.Venugopal were re-elected as President and General Secretary respectively.
The Association gained strength and shown its might on the following State Conference on 26th & 27th of January, 2008 at Ashirbhavan Auditorium Kochi. This conference witnessed the participation of all districts. Public Meeting, Delegate Meeting, Family Meet, Taxation Seminar and Cultural Programmes were the highlights of the Conference. Here Shri.K N Valsan again elected president and Shri. K. Manirathan from Kaleptta, Wayanad became the new General Secretary. Shri.R.Ramakrishnan Potty, Ernakulam emerged as State Treasurer. 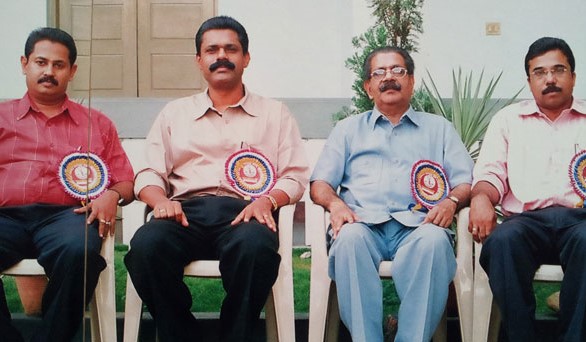 By this time, the Association became a forefront movement of tax practitioners in Kerala. Members interaction and deliberations in the following years raised the need for a more solid platform for the Association to press the demands of the tax practitioners fraternity.
As such an idea of Trade Union Registration was aspired for and the resultant decision was taken at the one of the most memorable State Conference conducted on 29th & 30th January, 2010 at Sreyas Auditorium, Sulthan Bathery, Wayanad where the resolution for registration of all association members to a new Association under the Trade Union Act, 1926 was unanimously passed. Shri.S Venugopal elected as new State President and Shri. K Manirathan, Shri.R.Ramakrishnan Potty re-elected as General Secretary and Treasurer respectively. In terms of members participation the Wayanad conference broke all previous records. All the resolutions presented in connection with trade union registration were carried and the outcome of that vibrant State Conference was nothing but the noble birth of a new organization at the Formation Meeting held on 04th September, 2010 at Hotel Moti Mahal, Thrissur under the name and style of Kerala Tax Practitioners’ Association!Memories Still Linjered!... 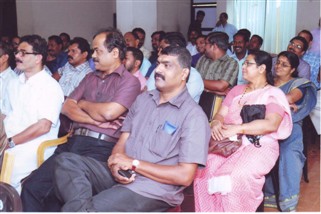 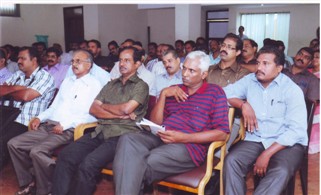 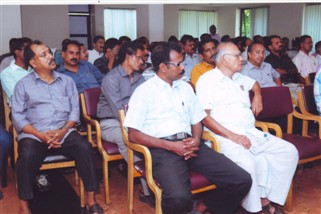 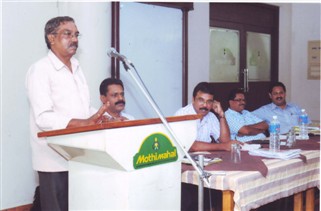 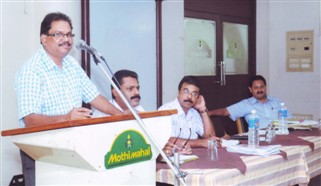 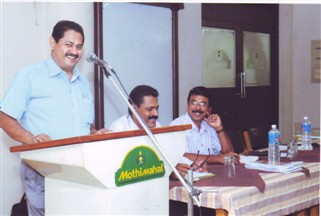 A Monthly on Taxation Matters